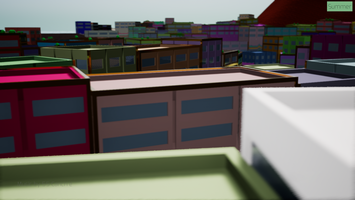 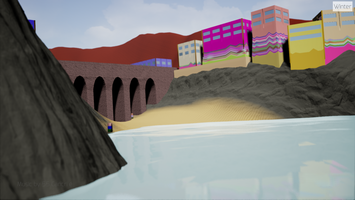 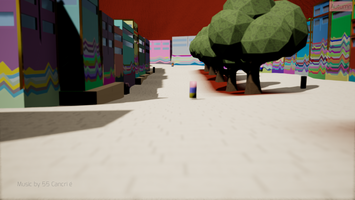 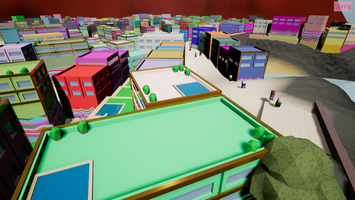 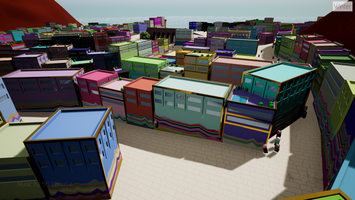 I recently had the pleasure of showing a version of Domus for the first time at Game Happens in Genova.
It was a beautiful experience. A great event that gives you hope on the future of the Italian video-games development community. And loads of great feedback and reactions to what is admittedly a weird game.

Probably the aspect people resonated with the most is how the same town was running for the duration of the festival, with everybody effectively contributing to the same town. This even though player interactions and the variation the town goes through are still somewhat limited. All the screenshots attached to this post are from the town everybody that tried the game contributed to create.

What was even more interesting to me was how appointment mechanics seemed to be working surprisingly well, even thought I stripped them of most of what are generally considered the appointment mechanics elements that most affect players (no indication of how much main currency is left, no clear advantage, other then very mild aesthetic, for upgrading and completing contracts, etc.)
Some people even went so far as to say how they were enjoying the game because of how it provided only the intrinsic motivation that you'd find in your average pocket management game, while foregoing all the more speculative elements typical of free to play game economies. Which really was something I always envisioned the game would be, but thought I wouldn't even get close to before months of development and testing.
So... yeah. I would consider this a success.

Domus was very much an experiment from the start, and elements it was experimenting with seem to be resonating with people and have something there that might be worth exploring in a full-fledged game.

There's lots of work to be done and lots more feedback to go through. I expect I will keep updating the game as I add more stuff, and maybe I'll be able to showcase the game somewhere else sometime soon...